The anatomy of a Sea Lion is quite fascinating. They are well designed to allow them to live both in water and on land. One of the unique characteristics of their anatomy is that they have external ears. They look like long flaps and while other animals that are similar have internal ears the majority of them don’t have external ears. You will notice that they point down instead of upwards. This is so that they don’t fill up with water.

The Sea Lion has long flippers in the front and then shorter ones of the back. The flippers are extremely powerful. This is how a Sea Lion is able to move around on land as well as swim in the water. If you get the opportunity, take a close look at the flippers of a Sea Lion. You will find that the back flippers have five digits on them and the front flippers don’t have claws on them.

Their flippers are very strong and able to help them move their body weight while on land. Depending on the species and their age, this can be from several hundred pounds to one ton. You will notice that Sea Lions have a very small head that often seems out of proportion for their larger bodies. Yet when they are moving in the water it all seems to be perfect. 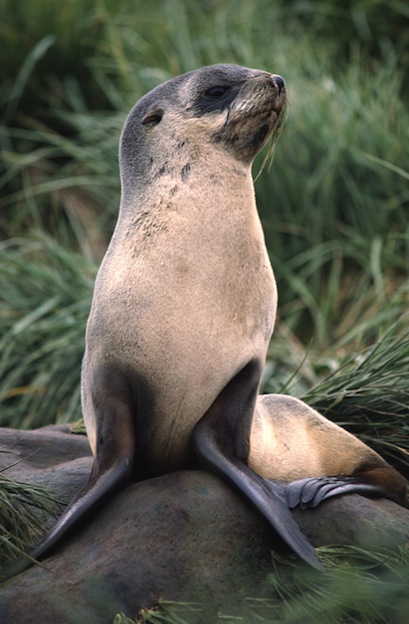 They can use their front flippers to pick up things too. They are very curious so they tend to evaluate plenty of things that they can get their hands on. Many people associate Sea Lions with their ability to bring their front flippers together. This looks like they are clapping and that is a characteristic that humans can easily relate to.

The amount of blubber that a Sea Lion will have depends on where they reside. The blubber is thick and it helps to keep them warm. Therefore those that live in colder regions will have more of it than those that reside in tropical areas. The general anatomy of Seal Lions is the same but you will notice some differences based upon the location of them.

The coloring of Sea Lions various from dark brown to a dark gray. The young are brown in color with the females being much lighter than the males. When they are about six months old that brown color starts to turn into a shade of gray. Some of them are so dark that they may even appear to be black. 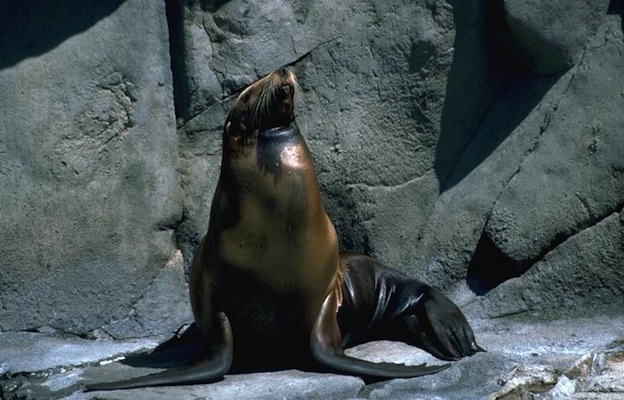 The male Sea Lions are much larger than the females which makes it simple enough to tell them apart. Both sexes have an anatomy that is sleek though which helps them when it comes to diving in the water for food and to get away from predators such as sharks.

You will notice that Sea Lions features large groups of whiskers on their faces. They definitely help to give them a cute appearance! Yet these whiskers also have a huge impact on their ability to get around in the water and to find prey. Each whisker has its own nerve endings and it is attached to the lip of the Sea Lion.