Sea Lions have a wide distribution out there in the world. This is why people tend to think that there are so many of them out there. The majority of them live in the sub Arctic areas where it extremely cold. Others prefer to live in the warmer waters of the tropics. It is important to note that their aren’t any Sea Lions that live in the Atlantic Ocean but they do have their habitat in all the other oceans in the world.

What you will find is that the habitat and distribution of Sea Lions really depends on the species that you identify. The Southern Sea Lions are found in South America. They can be found all the way down to Rio de Janeiro and on the other end into Peru. The California Sea Lions are of course found there, all along the coast. They even extend into the Western portion of Mexico. They have also been found living in the Southern region of Isla Tres Marias.

Since Steller Sea Lions prefer the colder weather they reside mainly in the sub Arctic part of the Pacific Ocean towards the North. They also live on the ice and in the waters of the Bering Sea and the Okhotsk Sea. One species lived in Japan, but today is extinct.

You can guess by the name that the Australian Sea Lion lives along the beaches of Australia. This particular habit is very limited though so you won’t find as many of them as you do in other locations. They can also be found extending to the Northern coast of Tasmania and the Bass Strait.

Likewise, the New Zealand Sea Lion finds its home around the waters of New Zealand. There are some common locations where you will find them here. They include the Auckland Islands, Enderby Island, and Dundas Island. In the winter time most of the males will be found around Catlin Island. These are the largest Sea Lions in the world so they often attract many tourists. 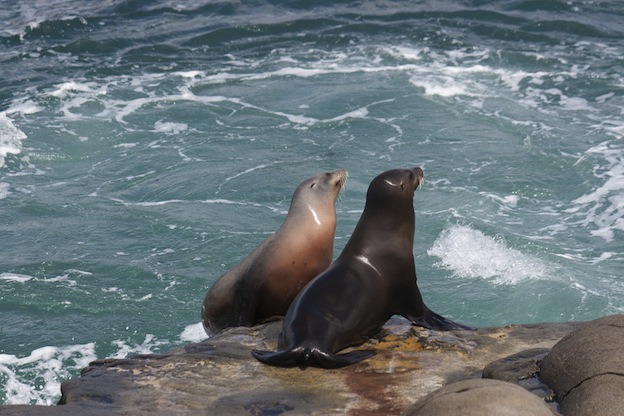 Since there have been some confirmed cases of hybrid Sea Lions in the wild, it is noted that they can overlap in their areas. However, these don’t seem to be every day occurrences. Occasionally stray Sea Lions will be found in strange locations, but this is believed to be due to acts of nature such as severe storms that result in them being move far away from their natural habitat. Every effort is made to return them safely to where they belong.

Many people assume that Sea Lions migrate due to the fact that other mammals that live both in the water and on land do. However, none of the various species of them do. What has been noted though is that Sea Lions are being found in habitats that they never lived in before. There are many causes of this that have been caused by humans.

First, the issue of global warming means that they may find the layers of ice from their natural habitat melting. Others that live in warmer climates often find that there are more boats and swimmers in their natural habitat. Rocky areas that they once laid on can be removed too for boat ramps and other types of items that humans want to have accessible.

As a result of all of this it is the job of various researchers to get out there and keep an eye on things. The more that they can identify problem areas to the habitat of Sea Lions the sooner they can help to find a solution for it. Sometimes they can even take precautions and preventative measures so that adverse actions don’t take place to begin with.