The social structure of Sea Lions works well for them but it can seem chaotic to an outsider looking in. It has taken plenty time involved with observing them in order for researchers to be able to break it down for us. They are extremely social animals, more so than just about any on Earth.

You will notice that Sea Lions often live in very large colonies that can have thousands of members. What takes place inside of it though is plenty of sub groups that have their own hierarchy within them. Sea Lions can move around within these sub groups many times in their lives. It depends on their age, their sex, and the role that they have for the overall colony.

The males are much larger and definitely dominate when it comes to the social structure of Sea Lions. The will form harems of up to 30 females that they will mate with. They will have their own domain within the larger colony that they are to take care of. They will fiercely defend their domain as well as the females and the offspring that are in it.

The females that come to a harem will likely already be pregnant from the previous mating season. They will have their babies and then they will mate again. They have a delayed impregnation process so it will be a couple of months before the embryo actually attaches to the placenta. 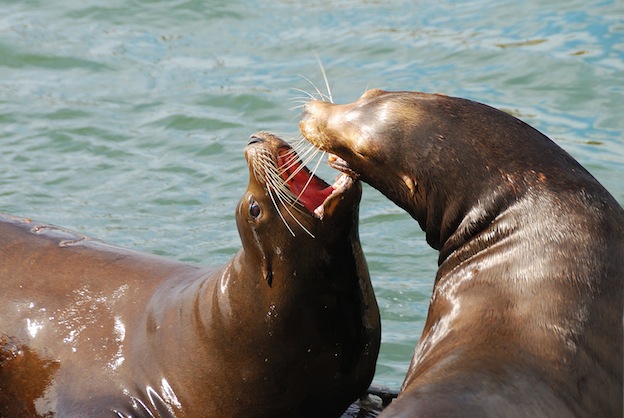 After the males have left the harem, the females will often continue their sub group. They will form a bond based on the fact that they have young to care for or that they are pregnant. The females generally aren’t aggressive towards each other even though they are sharing one male. They actually strive to care for each other when they male leaves and they no longer have him to offer protection. They are also known to help each other care for the young.

The females that have young will keep them with them for at least the first year. After that these yearlings may form sub groups as well. They will wrestle, play, and have a good time. These particular sub groups seem to be more fun to watch than the rest. They are cute to watch moving around and they are very child like in nature. 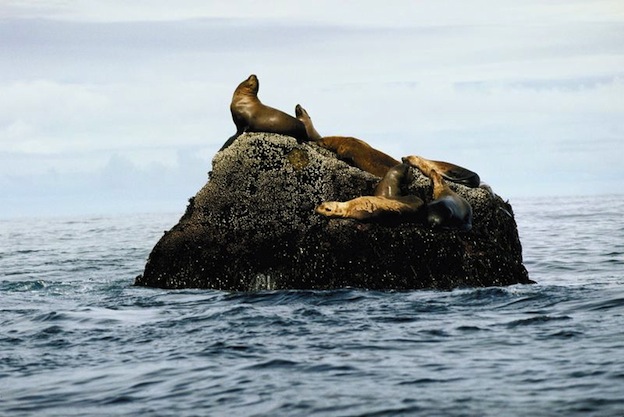 Only the most dominate and strong males get the chance to mate so one may be at least 10 years of age before they earn that right. Those that won’t be forming a harem are going to form sub groups as well. The hierarchy within them will depend on who is stronger. Therefore there are plenty of challenges going on as they wish to climb up that social ladder.

There is still plenty more to be learned though about the Sea Lion social structure. This is only a glimpse of what all is going on within it. What is also hard for researchers is to be able to effectively monitor where one Sea Lion is and then where they move to. Since they look so similar they have to band them and to be able to have other methods for identifying them. In some areas though it is too difficult or too dangerous to do so.