There are seven known Sea Lion species that have been identified. Sadly, one of them has already become extinct. That would be the Japanese Sea Lion and their end was definitely a wake up call to researchers and conservationists. However, they have been gone since the 1950’s and it has just been in the past decade that the best of efforts have taken place for their survival.

The Steller Sea Lion is the largest of them all and lives in the Northern Pacific, especially around Alaska. They were first discovered in 1741 and the number of them continues to decline. Researchers aren’t able to identify what is causing this drop in numbers so they are focusing more attention on them. Hopefully careful observation will give them the answers they need.

The Australian Sea Lions are only found along the South and West of this continent. There are only about 10,000 of them left and they are protected under the National Parks and Wildlife Act of 1972. One of the main reasons why their numbers are low is due to the males often killing the pups. They do so because they view them as a threat to their own dominance.

The South American Sea Lion is most often seen in the area of Peru. They have a decent population of approximately 265,000. In fact there are indicators that the number of them has increased along both Chile and Argentina. Their biggest threat comes from humans because they tend to compete with fishermen for the available food in the waters there.

The New Zealand Sea Lions are also referred to as the Hooker Sea Lions by many people. This particular species has been under protection since 1890. At that point it was extremely close to extinction. Even with such efforts though the numbers are climbing at a very slow rate. Today there are only about 18,000 of them.

The most well known is the California Sea Lion. Tourists come from all over to see them in their natural environment. This is one area that has gone to great lengths to help protect the natural habitat of these animals though. These are the types of seals you will most often see in zoos, the circus, working with the military, and learning tricks to perform at Sea World. 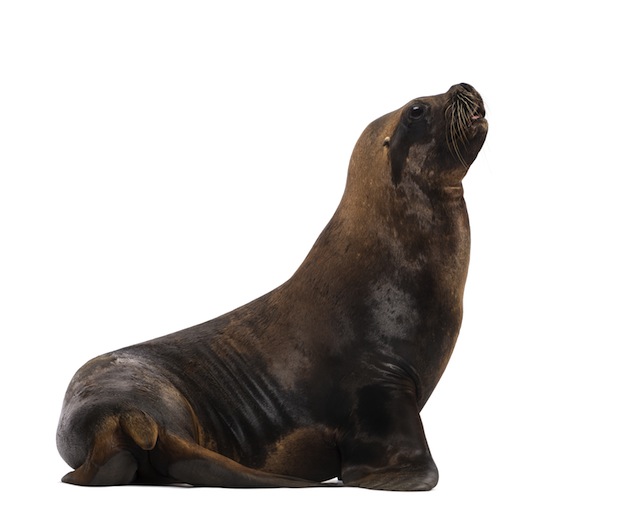 Last is the Galapagos Sea Lion which is only found on the Galapagos Islands and Isla de la Plata. They are said to be the most social of all Sea Lions and they are also the species with the highest recorded numbers. They are protected by law but at times they are threatened by various types of destructive weather in that area.

In 2002 a very interesting mix of Sea Lion was found by researchers. After extensive research scientists from France verified that it was a hybrid species. These Sea Lions were a cross between the California Sea Lion and the South American Sea Lion. They found this mix to be one that is very interesting. Still, we don’t know too much about them today. It is believed that this hybrid mixing is rare so that makes it harder to observe the offspring in depth.

Many of the different Sea Lion species are in danger of becoming extinct. This is why so many efforts are in place out there to help preserve their natural environment. There are also efforts to prevent the hunting or the harming of Sea Lions. So far such efforts have been successful but there is still plenty more than has to be done in order for their numbers to climb out of the danger zone.