Sea Lions tend to do extremely well in captivity, yet it is expensive to care for them. These are highly social animals so you can’t just have one or two of them. You need to have plenty so they feel like they belong to a colony like they do in the wild. They can live an average of 30 years in captivity while the average life span in the wild is approximately 20 years.

Many people visit locations that have Sea Lions in captivity annually. One of the most popular is the Sea World locations. There is one in California and one is Florida. These allow people to see Sea Lions performing a variety of tricks. They are easy to train and generally get along very well with humans that are working with them.

Some of the larger zoos out there have huge habitats for Sea Lions that strongly resemble those that they would live in if they were in the wild. They seem to thrive in such environments and enjoy performing for the people that come to watch them. 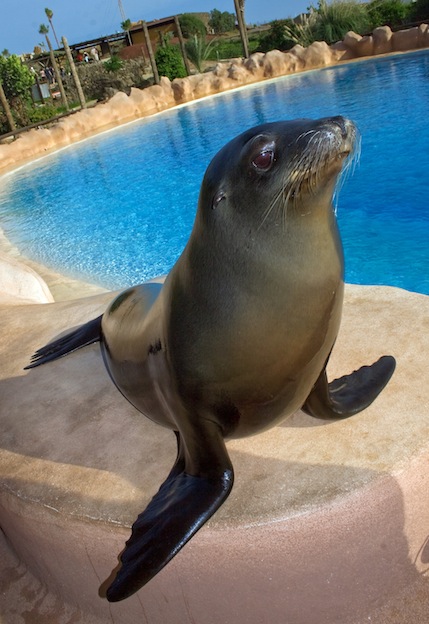 Sea lion next to pool.

Another place where you will often see Sea Lions in captivity is in the circus. This isn’t as common as it used to be though. It can be hard to keep up with the compliance guidelines for them due to a circus always traveling. There have been plenty of complaints too from animal right groups that Sea Lions shouldn’t be put on display in the circus.

There are also problems for Sea Lions being in captivity. First, this can increase the risk of them getting some type of bacterial infection or parasites. While they do get them in the wild too, the environment in captivity tends to allow them to breed easier even though the facilities are very clean.

Of course there are many people opposed to the use of Sea Lions to perform any types of tricks. This is because they feel it makes them look silly and not at all like they would act in the wild. They don’t want people to get the wrong impression about these animals. They want them to be taken seriously and protected. They fear when they are on display like a clown then it reduces the chances that people will see a need to help them survive in the wild.

A great deal of research about how Sea Lions care for their young and how they communicate with each other has taken place with those in captivity. We have also been able to learn more about their amazing intelligence. This is what lead the United States Navy to use them for in water operations.

Sometimes Sea Lions are taken into captivity due to them not being able to survive in the wild. They may have been injured by a predator, tangled in a fishing net, or hit by a boat. Pups may be abandoned by their mothers are orphaned so care is needed in order for them to have a chance of survival. 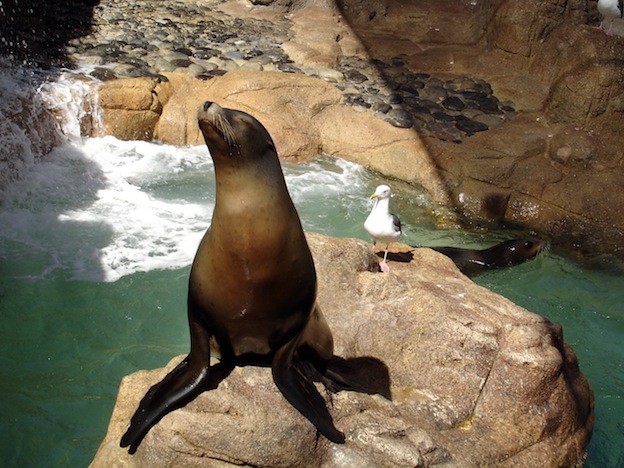 It isn’t always possible to return them to the wild though based on the level of care that they need. Then they may get to stay in a comfortable environment to live out the rest of their life. The other alternative is for them to die in the wild and that isn’t what anyone wants to see happen.

There aren’t very many facilities out there that are capable of keeping Sea Lions in captivity. Those that are though have been carefully inspected and routinely have to make updates to stay in compliance. Many of them are funded through public displays that they have to pay admission for. Private donations also part of paying for the care of them.